I built a new mechanical keyboard after I made one earlier this year.

These are SA profile keycaps with CherryMX brown switches. These keycaps are larger than most other profiles[1]. I’ll probably need to get a wrist rest. My typing speed is almost the same with these keycaps now but it feels a little different when I switch to my other keyboard as the OEM keys in it are smaller. I am using the other keyboard for gaming things right now but I occasionally switch keyboards for work because RGB looks prettier in the other one.

I grew up with a PC with Pentium III, Windows 98, 128MB RAM, 30GB HDD. This was upgraded to a Windows XP, 256MB RAM and an Optical Disc Drive which could also read/write DVDs, it was crazy. 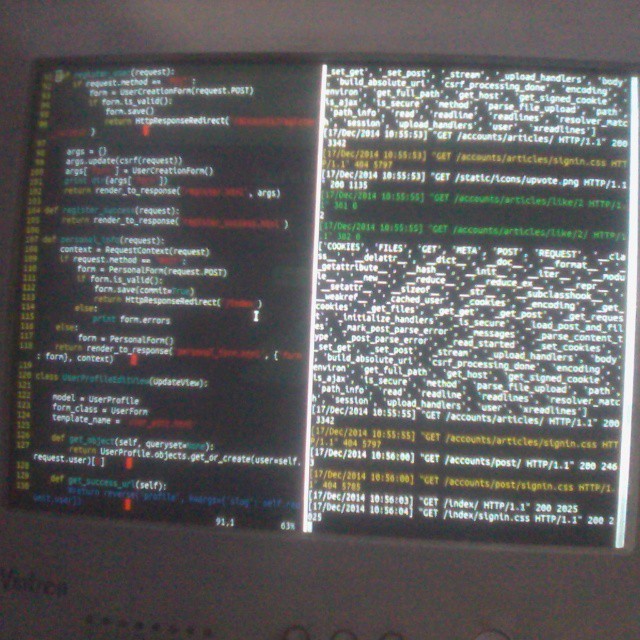 Vim on my old PC monitor

I took the responsibilities of any reparations of this PC into my own hands. I became a pro in beating the CPU at the right place to make it work, removing RAM and plugging it back in or just randomly opening the cabinet up and playing around with things. I learned that you could add a different hard disk as a secondary disk so I plugged another 30GB hard disk (from a different similar spec PC which was broken) to get a whopping 60GB of storage. Basically, I got madman tendencies to unscrew things since childhood.

First time I opened a laptop (bought in 2013) was in college (in 2014 I think) because my WiFi used to randomly stop working and it was heating a lot at 1 place in the bottom. This was a machine with Intel Core i3 processor, 4GB RAM, and 500GB HDD. 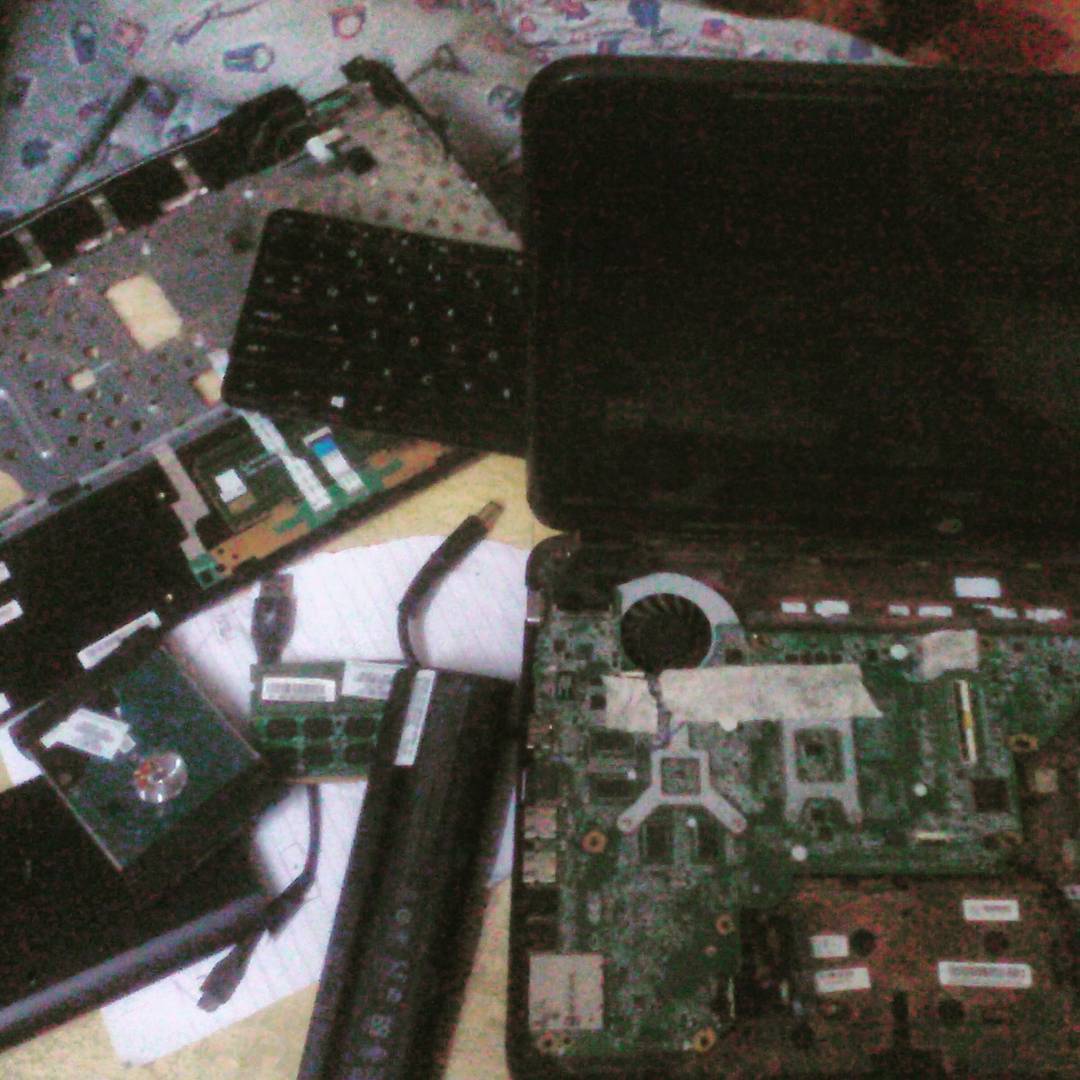 Turns out the WiFi card was the problem, it was overheating and stopped working. I lost this laptop after a house break-in. I had graduated and started working by then. I believe it served its purpose to make me and my brother Engineers.

I got the opportunity to open a Macbook Pro (2015 model, Intel Core i5, 8GB RAM, 128GB SSD). Unfortunately, I don’t have any photos of it but I opened it because it was making some noise and I wanted to check out the fan. There was a tiny polystyrene ball, the one which you see in decorations and stuff which was stuck in the fan. Dodged an expensive motherboard replacement trip.

This time it was the frying CPU at around 96°C (204.8°F) which was suspected to be causing the low FPS while gaming which made me take matters into my own hands again. I use this machine only for gaming. People suggested that I can do a thermal re-pasting for the CPU and the GPU and I did that. 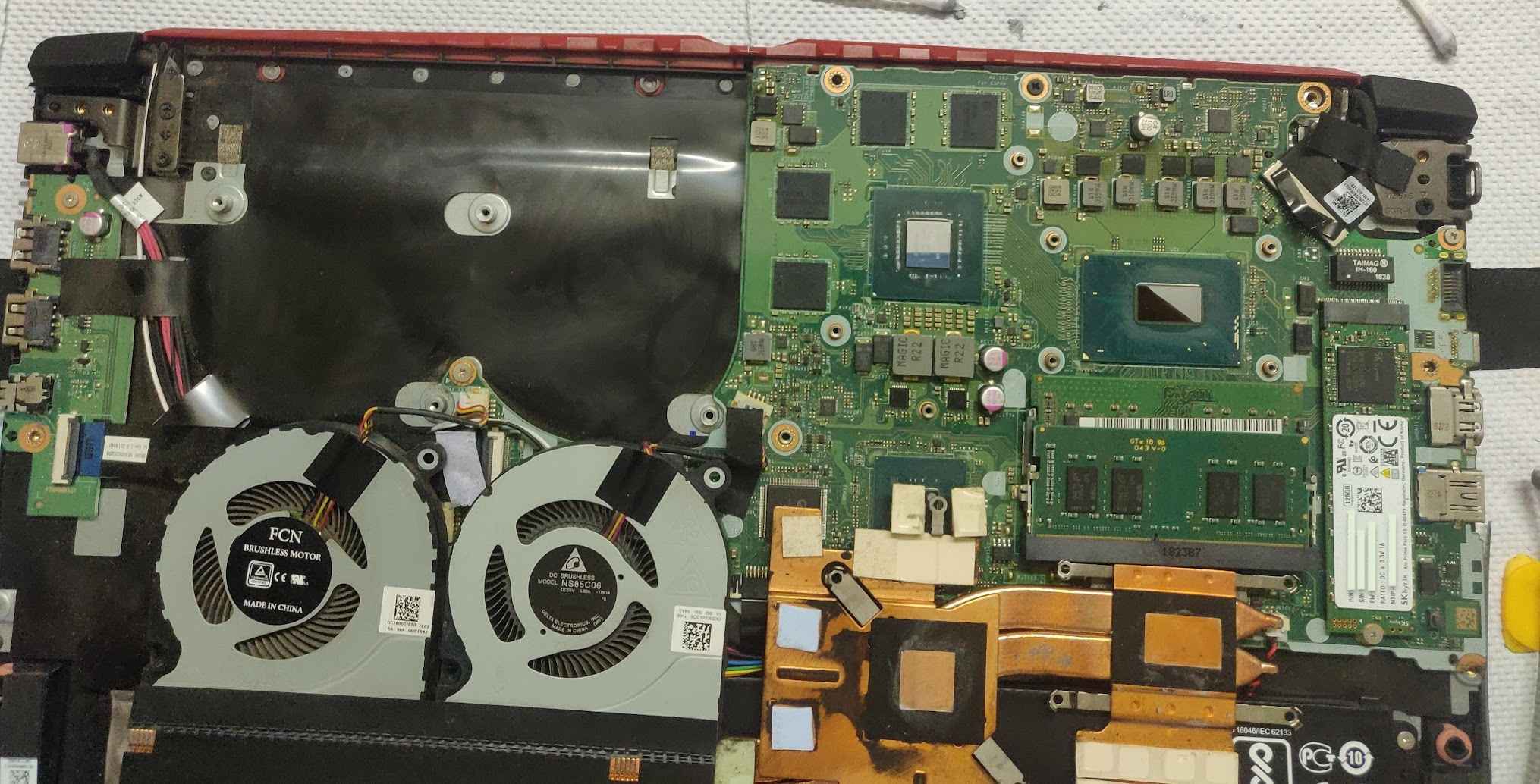 Thermal re-pasting with some undervolting did the trick and the CPU runs around 60°C (140°F). However, I am still tweaking things to get the right balance between the performance and fryness of my CPU.

[1] See different keycaps profile at: here. You would find OEM profile on most keyboards and that’s the one I have it in my other keyboard.